Brass Bands in the Pacific

“We are like someone completely dead and lack a father, Your Excellency:” Bandsmen Sucking Up and Blowing Out in German Samoa
Richard Moyle

A Brief History of Brass Bands in Palau
Birgit Abels 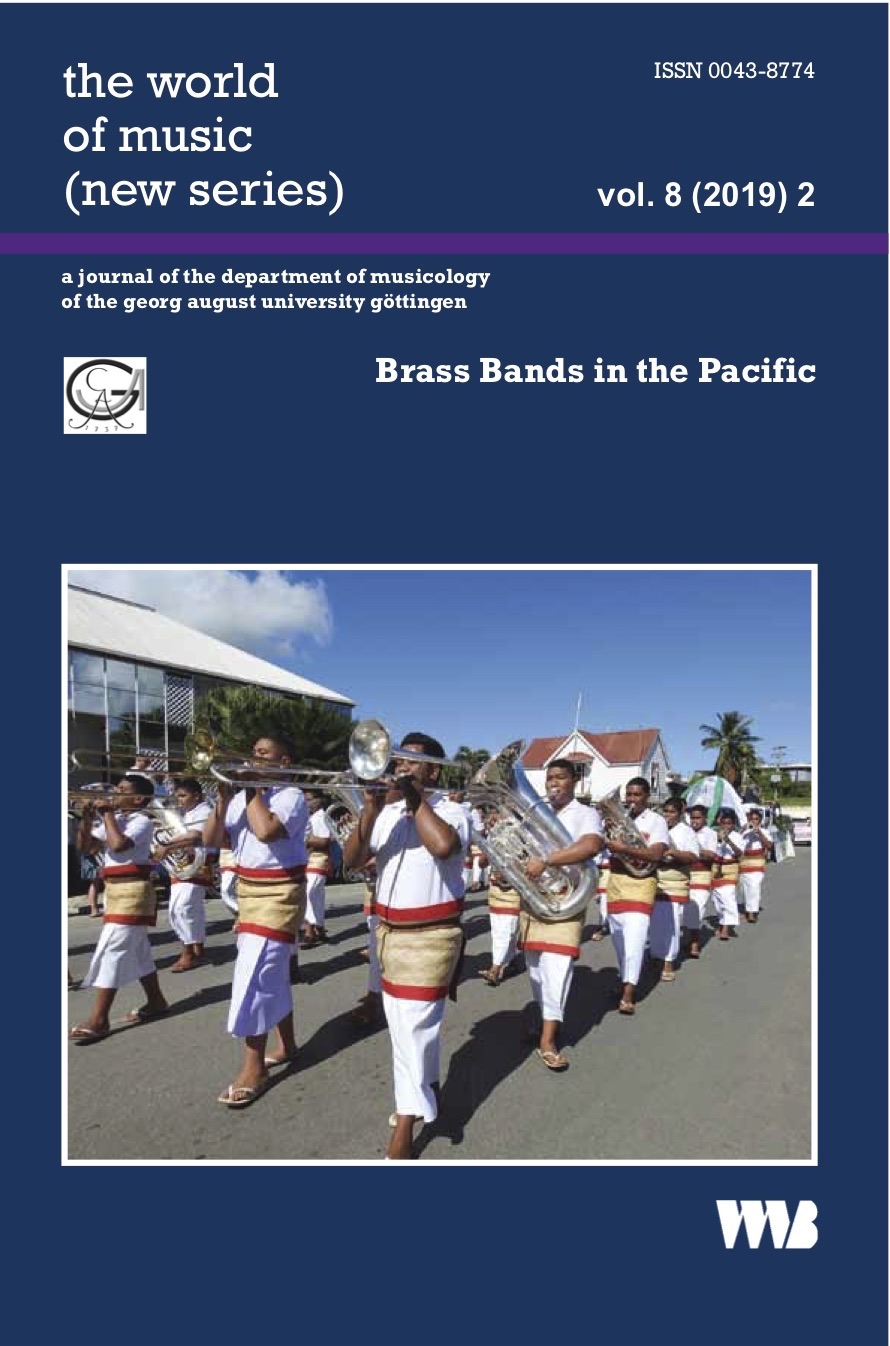 Holmes, L. M. The Mystery of Music: An Exploration Centered on the Lives of Thirty Ancient Musicians. (2018)

This introductory essay provides a background to the special issue topic of Pacific brass bands. It considers (firstly) the broad place of brass bands in music research and (secondly) the circumstances surrounding the introduction of brass bands to the island Pacific and the colonial and imperial processes that relate to this. It then provides a contextual overview of the various case studies that constitute the volume as a whole.

We are like someone completely dead and lack a father, Your Excellency:” Bandsmen Sucking Up and Blowing Out in German Samoa
Richard Moyle

For more than a century, the brass band has been a highly desirable acquisition among Samoan villages, who value it as much for its projection of superior status as a statement of communal musical taste. The first Samoan bands appeared during the period of German administration 1900-1914, and this chapter presents a chronicle of the Alamagoto Brass Band in Apia 1904-1914, based on the considerable correspondence to and from the Governor’s Office. At that official level, it is an account of oleaginy, rivalry, racial discrimination, misuse of official funds, theft and rebellion. It is also an account of determination, inventiveness and musical voracity.

This article seeks to expand global knowledge of brass bands by providing a case study overview of brass band performance in contemporary Samoa. It aims to consider the place of brass bands within the broader scope of Samoan music culture. While brass bands may be seen as an extraneous, colonial format for music making, this article demonstrates that they have historically appeared in contexts that are considered to be traditional and important to Samoan culture, and that they have musical and social characteristics that reflect a Samoan “way of knowing”. It presents tacit knowledge gleaned from personal “insider” experience as well as “outsider” participant-observation, including many details of cultural practice that are otherwise absent from scholarly literature.

This article presents an overview of the development of brass bands in the Kingdom of Tonga, based on ethnographic observations made over the course of more than five decades, from 1964 to 2016, and more than four years of fieldwork. It is part of a broader study of “traditional” Tongan music and dance that extends to encompass the interrelationships between social structure and the arts, including music, dance, poetry and the visual arts. It positions brass bands as a form of “traditional” music and provides examples of how this musical tradition has been manifested in historical and contemporary settings.

A Brief History of Brass Bands in Palau
Birgit Abels

This contribution offers an account of brass bands in the Republic of Palau, Micronesia, putting their history in perspective with traditional instrumental music-making practices and Christian music-making on the islands in the twentieth century. By all evidence, only two brass bands existed on the islands, and both fell apart again after a short while. Drawing on a variety of historical sources as well as ethnographic data, I recount the history and circumstances of the two bands. In closing, I offer a few thoughts on the question why, unlike other Pacific Island communities, Palauans chose to not embrace the brass band in the long run.

This paper presents an account of brass band music in the Cook Islands, as experienced through the life of a particular exponent of brass band music, Pae Tuteru. Brass Bands have had a long presence in the Cook Islands, especially in the context of missionary activities and other Church-based initiatives. In some places, bands were embraced and sustained by their village communities for lengthy periods of time, particularly in Rarotonga. This paper examines this history through the life experience of Tuteru, signalling key moment and influence sin his own musical development and, by extension, the broader context for brass bands in the Cook Islands.